We are deeply saddened to tell you of the sudden passing of ARCH managing director, Paul Thurk.  Paul spent over 20 years with ARCH working to build companies that could bring positive impact to people, healthcare, and industry on a national and global scale.  He was a skilled partner in building important and lasting relationships around the world and at all levels, from the technologist and entrepreneur to the executive suite.  Paul was passionate about his work, his colleagues, his family, and making the world a better place.

Paul joined ARCH in 2000 as a Kauffman Fellow in ARCH’s Austin, Texas office.  He originally focused on semiconductors, advanced materials, electronics and optoelectronics investments, and played a key role in ARCH’s partnerships with Los Alamos and Sandia National Laboratories.  Early in his career as a venture capitalist, he was the co-founder and initial CEO of Innovalight (acquired by DuPont) and Cooledge Lighting.  He participated in the development of Kotura (acquired by Mellanox), Nitronex (acquired by MACOM), Cambrios Technologies, and Semprius.

In 2011, Paul was promoted to Managing Director and established ARCH’s European office in Dublin, Ireland working with an Irish government consortium to help identify and build businesses from Ireland-based academic institutions.  He expanded his work to include countries across the European Union and worked tirelessly to connect with entrepreneurs, researchers, corporations and academic institutions.  As a result of these efforts, Paul was a co-founder of Carrick Therapeutics, Genomics Medicine Ireland (acquired by WuXi NextCODE), and Pretzel Therapeutics.  In 2016, he returned to the U.S. and established an ARCH office in Minneapolis, MN.

Prior to ARCH, Paul was Director of Operations for NABS, a New York City-based supplier of electronics components, where he specialized in supply chain management programs and established operations in several countries, ending in Taipei as Head of Asia Pacific.

Beyond his work with ARCH, Paul was completely devoted to his family, including his wife Catherine and their children Jack, Michael, Ashley and William.  They were always together and he delighted in their adventures around the world.  From sand castles to ice hotels, hikes to bikes, sandals to skis, Halloween to St. Patrick’s Day and Oktoberfest (in costume!), strawberry picking to street fairs, Paul never missed a moment.  Carpe Diem – seize the day.

ARCH isn’t a large organization.  We know each other well and, in most cases, for many, many years.  We value each other as individuals and enjoy the unique qualities each person brings to the whole.  We will greatly miss Paul as a colleague, but we grieve deeply for our friend. 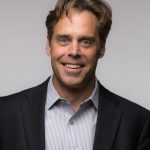